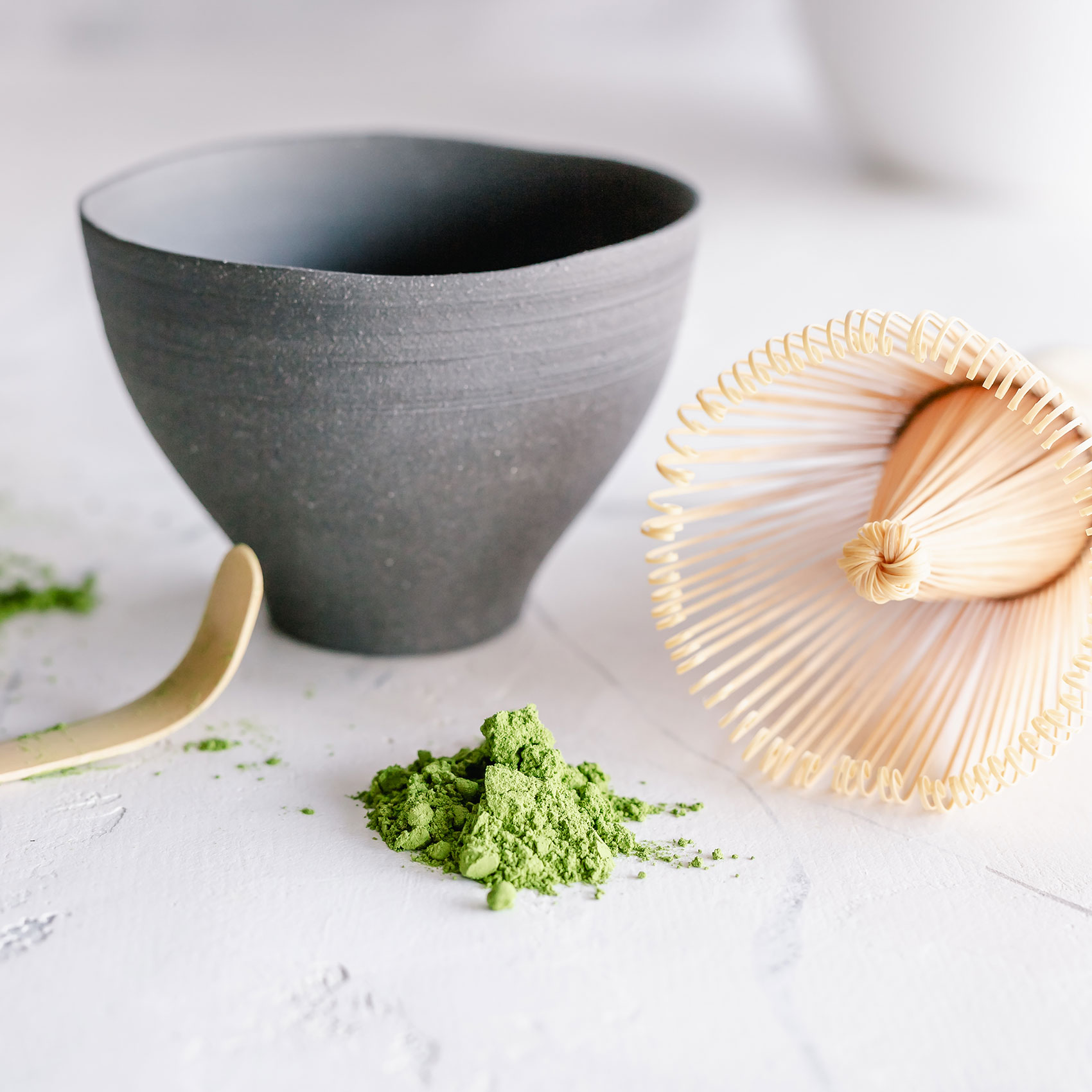 The Japanese tea ceremony is a ritual that elevates the daily drinking of a refreshing beverage into an art. Green matcha tea is prepared with great precision and is drunk in accordance with ancient rules. So what exactly does this ceremony involve?

The Japanese have been drinking tea made with green matcha powder ever since the 14th century. Over the years, a formal tea ceremony developed, which is still widely used today. To understand the meaning of this centuries-old tradition, you need to be familiar with Japanese culture and Zen Buddhism. In short, the tea ceremony is about hospitality, refinement, enjoyment and spiritual experience.

The chadô (literally meaning ‘the way of the tea’) consists of a series of actions that are carried out to ensure both maximum enjoyment of the tea and the preservation of certain Japanese customs. A tea ceremony always begins with the eating of something sweet or a light meal, both of which are designed to stimulate the taste buds. Next, the tea is prepared in silence, in accordance with strict rules. The powder is measured from the lacquered box (Natsume) in which it is kept by pouring it into a ceramic receptacle. From this receptacle, the guests take the amount of matcha powder they want, using a bamboo spoon (Chashaku), and place it in their tea cup. Hot water is then added to the cup with another spoon (Hishaku), following which the tea is beaten with a bamboo whisk (Chasen)until it is pleasantly frothy, which also gives the matcha its characteristically bitter flavour.

Drinking according to formal rules

Matcha is drunk in silence in a calm and peaceful atmosphere. The drinkers sit on their knees with their heels under their buttocks in a position of meditation. When receiving their tea from their host, each guest bows as a gesture of respect, places the tea cup on the palm of his left hand and rotates it in three movements in a full circle of 360 degrees. Only then can the first sip be taken.

What can we learn from this? In our high-stress society, methods based on Zen Buddhism, such as mindfulness, can help us to find peace and relaxation, allowing us to live more in the moment. So why not make your own ritual for preparing matcha and drink it with a mind-expanding focus on the here and now! 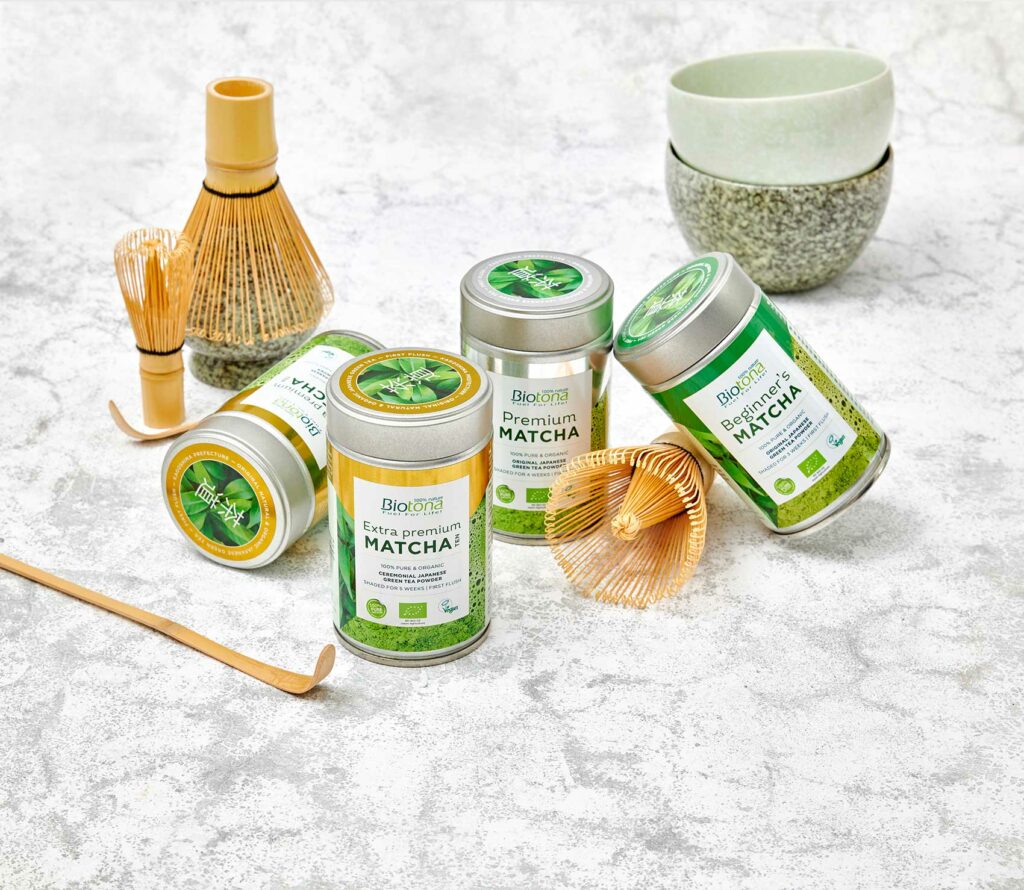