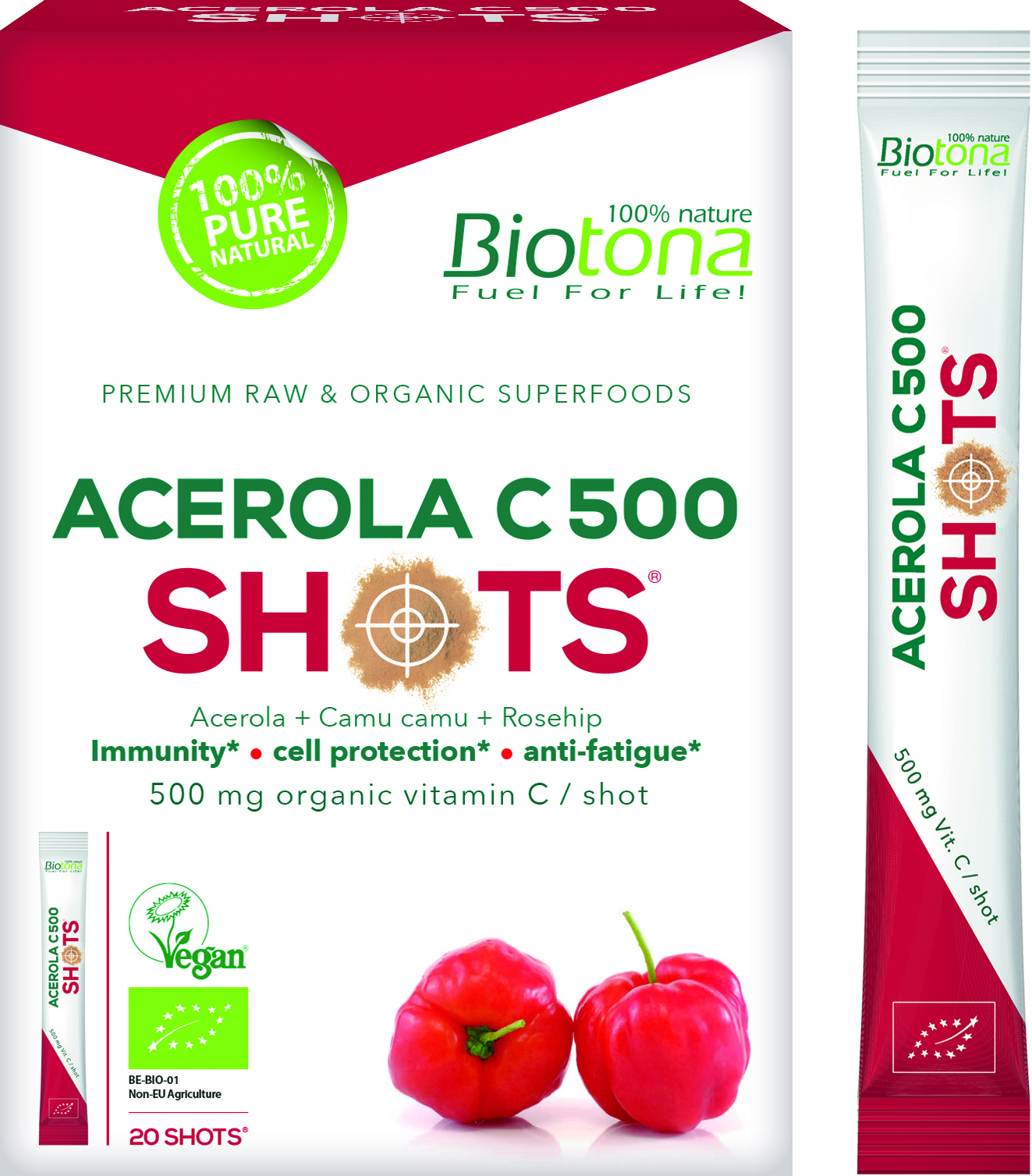 Give your health a boost with a shot of Acerola C500 and immediately discover its handy 'take-anywhere' packaging.

You can make this scrumptious chocolate snack with just three ingredients: plain chocolate, coconut oil and Biotona SuperBerries! Biotona SuperBerries is a sublime and colourful mix of dried superberries, including blueberries, cranberries, pomegranate seeds, goji berries, physalis berries and white mulberries. Wild blueberries grow in Canada and the north-eastern part of the United States. The North American cranberry is a small fruit, deep red in colour and sour of taste. In contrast, pomegranate seeds are deliciously sweet and crunchy. The orange-red and flavour-packed goji berries have been used for more than 3,000 years in traditional Chinese medicine. The Physalis peruviana or Inca berry is native to the Amazon region of South America and has been consumed by the local population for centuries as a health-giving and flavoursome sweet-sour delicacy. The white mulberry grows in warmer and sub-tropical regions on deciduous bushes.

products you will need 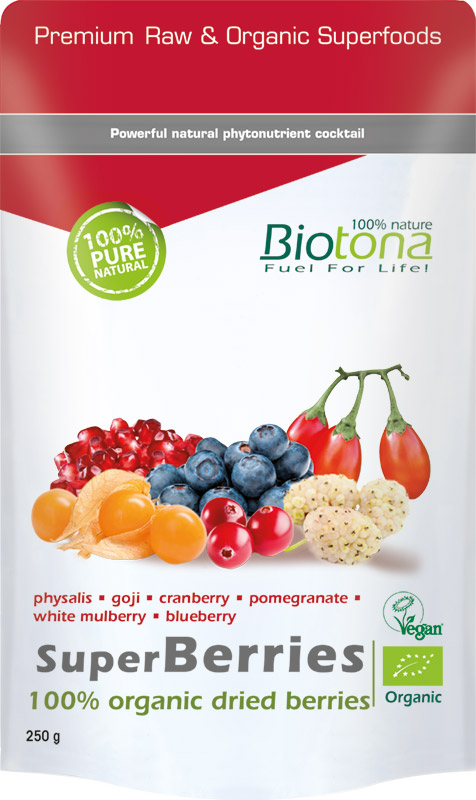