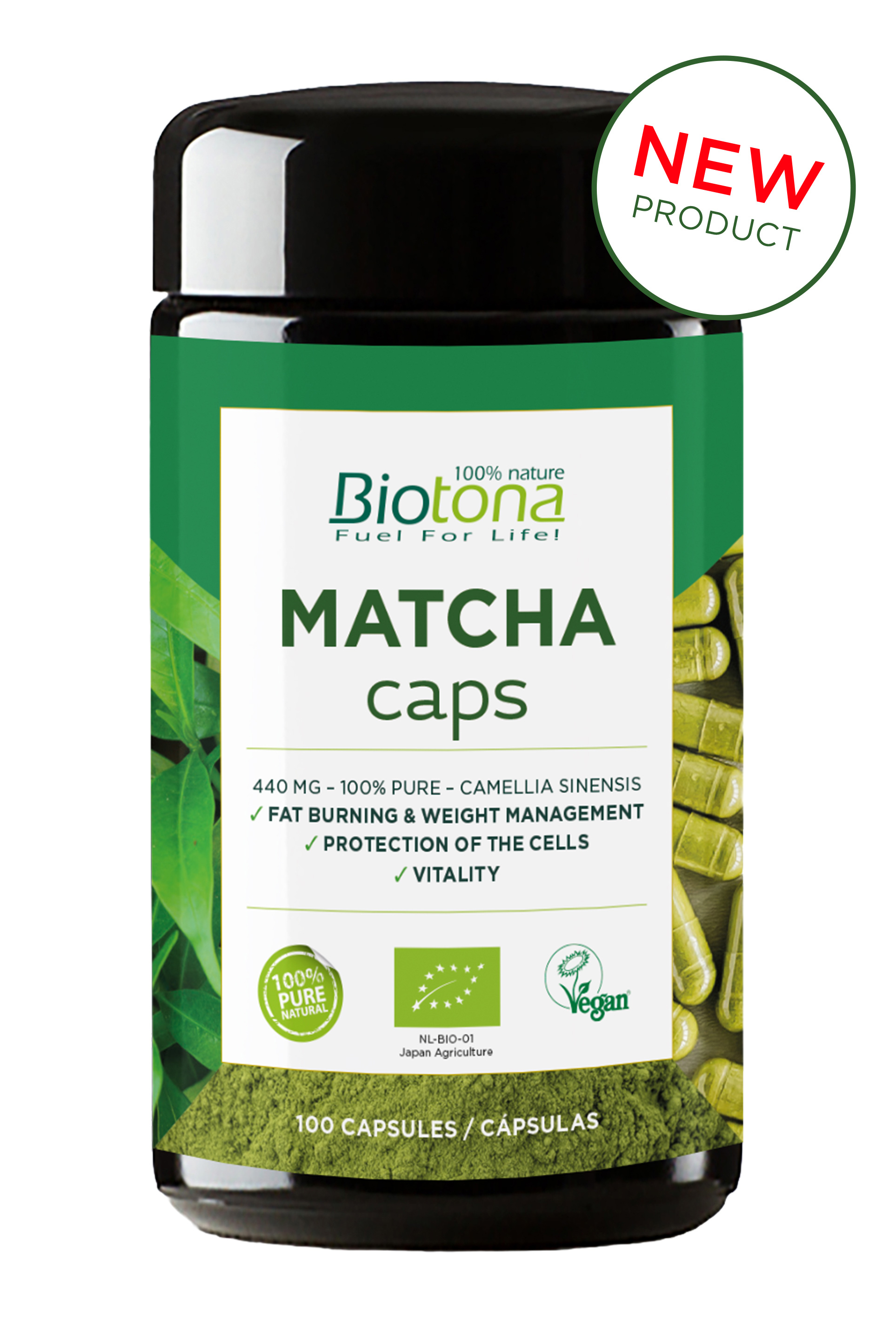 Discover all the goodness of matcha in a handy capsule 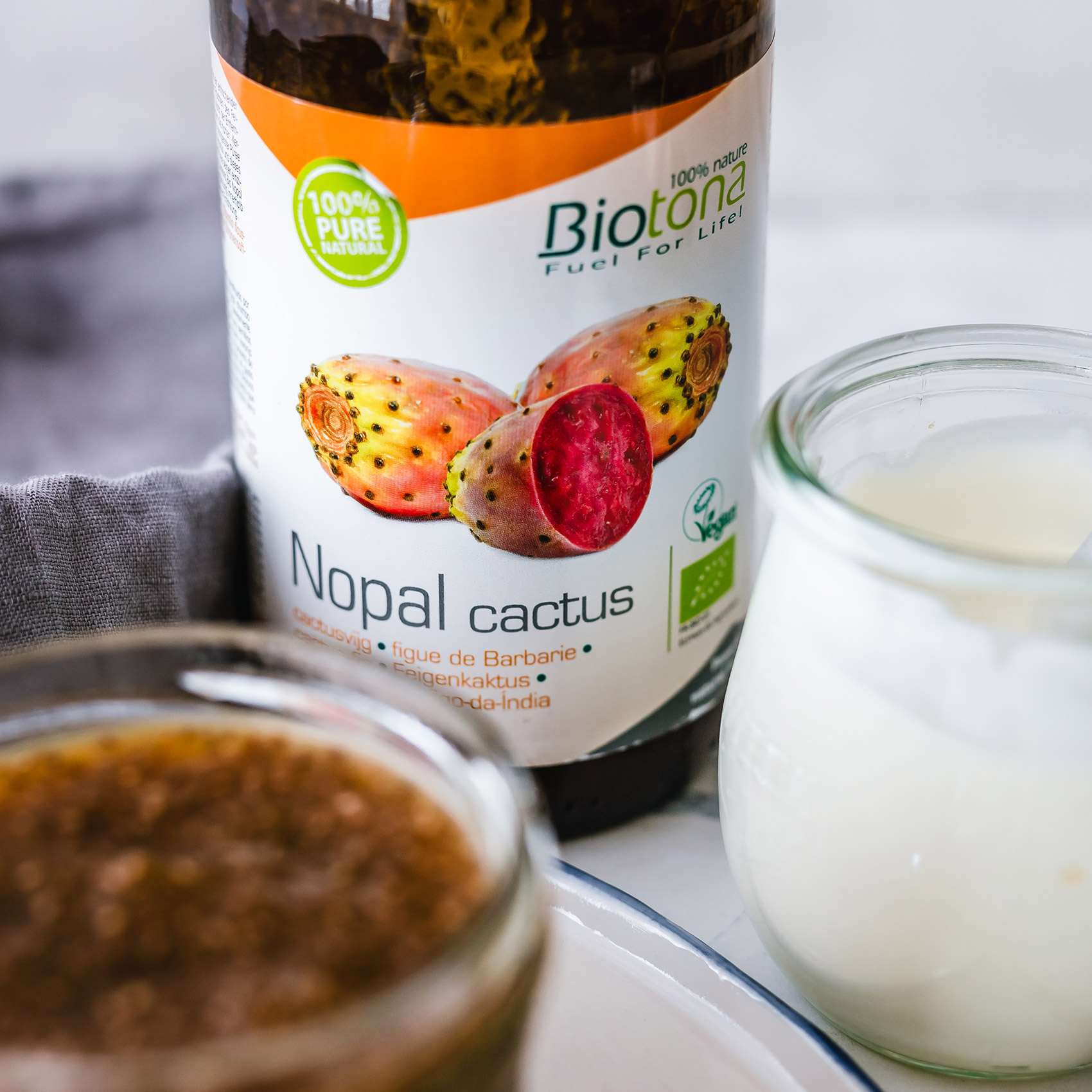 You can sometimes see them at your local market: prickly pears. But most of us probably have no idea what to do with them in the kitchen. In South America and southern Europe the pears are popular as a source of food and are used in both sweet compotes and savoury dishes. The prickly pear (or nopal cactus) is now also gaining in popularity in our part of the world. And in the United States the fruit’s flesh is now being hailed as the latest superfood!
The nopal cactus is a large and multi-branched cactus that can reach up to 5 metres in height. It consists of a series of interlocking oval-shaped discs, on which grow numerous small red fruits. These are the prickly pears. Biotona Nopal cactus is made from prickly pears that grow on cactus in the Mediterranean region. The fruits are opened and deseeded, before the juicy flesh is processed into a lightly sweet puree. The nopal cactus is an excellent source of nutrients, like vitamin C and magnesium. It also contains essential fatty acids, such as omega 3 and omega 6, as well as numerous betalaines and phenols, which are both powerful anti-oxidants. Last but not least, prickly pear is also rich in fibres.
You can use nopal cactus to help keep your weight under control. Scientific research has shown that prickly pear assists the expulsion of excess fluid from the body, but without any corresponding mineral loss. In addition, it also keeps your cholesterol levels in check. The red pigment (carotenoids) in the fruits has a strong anti-oxidising effect, protecting our body’s cells against aggressive free radicals. Some sources even say that the nopal cactus is a great remedy for a hangover! But make sure you don’t consume too much, because this can cause diarrhoea.
You can add Biotona Nopal Cactus to sauces – for example, a taco dressing – or to juices.